Most stoked to complete the Water fasting Videos!!

Here we have day 12 and 13, the way I came to break the fast, why as well as info on breaking a fast in general. I also include the before and after pictures 🙂

I hope you enjoy it tons!!

Day 12, what a day. Pretty simple actually, nothing to amazing to report, mellow and relaxed, did a bit of computer work otherwise kept it simple.

I had initially planned on writing about and making videos on both Sungazing as well as the Cool Pools, Brian and Jody covered this so well on their youtube channel I simply will provide their links 🙂 Great Channel n much awesome info BTW 🙂 Much love to Farm of life n especially Brian and Jody Calvi 🙂

Later in the day a bit of a thunderstorm, really exciting I love thunderstorms, during this time I had my first break from the water fast, I drank some coconut Water!! Coconut water and Lemon lime water (diluted with lots of water) are some of the best things to come off a fast with as they prime, or prepare the stomach by inducing digestive secretions and wake up the digestive organs with little to no energy. I will admit drinking the Coconut water stemmed from being tempted to enjoy the sweetness, not to mention feeling physically ready to come back into the world of eating n exercising. I enjoyed a few cups worth and decided to wait until the next day to fully decide if I would break the fast.

Perfection in the process, all in a constant state of perfection, moving in the direction of the highest vibration!! Love it!

Day 13 came, lucky 13 ahha I don’t believe in luck rather simply follow intuition consciously creating my experience. I came to the decision that bay 13 was a perfect day to break my fast. I was excited about eating, exercising and coming back into helping guests and the Farm of Life itself! Also Ill admit there was a huge bounty of fresh ripe Banana’s Pineapple, Mangoes and Cantaloupes that didn’t have enough mouths to be taken care of! haah I was ready! Nothing to prove, simply moving in the moment.

Some would say I didn’t follow the Perfect Protocol, waiting until salivation and a fully clear tongue, in the moment I felt I had gone deep enough especially with the simple pure diet I enjoy full time!

My first food.. a Beautiful perfectly picked ripe farm of life pineapple!!! I had been thinking of pineapple and desired it intuitively, truly it was one of the best things I ever had eaten in my life. This is normal, the first food you eat tastes better than you have every tasted, that is as long as its of good quality. I have had a few people tell me that Pineapples have not worked well for them in breaking a fast, creating some stomach pain, Myself I felt great doing so. Most often people break their fast on Citrus or Melon, especially watermelon. Eating very small meals, especially the first one is most conducive to slowly restarting the digestive system. For most this may be a small slice of watermelon or a half cup of juice diluted with water. I Chose 1/2 a really small pineapple. MMM it was so so so so good!!

4 – 6 very small mono meals the first day, 4- 5 the next day and by day three 3 – 4 meals should be adequate. Depending on the length of the fast you may not want to add vegetables (meaning leafy greens) until day 2 or 3, if longer than mine even longer. Once again I do not suggest doing fast longer than 2 – 3 days without supervision.

Later in the day I finished the pineapple, then had some exercise before 1/3 a cantaloupe. Later I enjoyed a mango and a half and for dinner a few banana’s. By day two I mono ate banana’s all day and day three I almost felt right back in full swing. Amazingly I nearly felt 100% right after eating, most of the time it takes a while to get back in the swing but I truly felt quite strong and able fast! 🙂

Thanks Gratitude and Blessings to Brian and Jody of The Farm of life, For sure a amazing amazing beautiful place to learn and apply all the principals of a natural healthy hygienic lifestyle enjoying the best raw food and if you desire a affordable supervised fast 🙂

I am going to include some awesome Information that Loren Lockman graciously provided me with to help out, including other fasting practitioners and insights from his 15 years of fasting people at his centre, Thanks Loren, I really appreciate your insights information and helping hand!

“Alan Goldhamer run’s the largest fasting center in the world now, in Northern California.  Tanglewood was larger until Goldhamer moved to new quarters in Panama 5 or 6 years ago.  He’s been fasting people for at least 20 years full-time.

Keiki Sidwha, Alec Burton, and Dave Scott all have more than 50 years of experience fasting people, and are all still working, though not nearly as much as before.  No one alive has more experience than any of these guys.

John Fielder is in his 70’s and has been fasting people quite a long time as well, though I can’t say how long.  I met him at a Natural Hygiene Conference back in the early 90’s and he was in practice then.

There are two more guys, one in Israel, and one in South Africa who both have been supervising fasts for a while.  The guy in Israel may not be very active,  but the South African doctor runs a full-time fasting center and sees a lot of people, which is true for everyone else on this list as well.

Tanglewood was expressly set up to help anyone who wants to get well, and I have worked hard to keep our prices as low as possible and keep going.

It may seem like going from supervising 3-5 day fasts to supervising much longer ones is not a big deal, but that is not the case.  Frankly, it takes the body between 5 and 7 days to get into the process, so shorter fasts are never particularly profound.  I’m not suggesting that they aren’t beneficial or powerful for an individual, but they are never working at a deep level because it takes a while to get to that deep level.

Our average guest fasts 24-25 days, and I’ve taken thousands of people through this process, fasting nearly 150 for 6 weeks or more.  Often, we don’t even see intense cleansing happening until someone has gone more than 21 days.”

“Usually people bounce back pretty quickly after relatively short fasts like yours.  I know most people wouldn’t call two weeks short, but we rarely do fasts that short here anymore.  Given that it takes up to a week to get into the deepest part of the process, one usually just doesn’t go that deep in that amount of time.

People often think that a raw diet — or a fruit based diet — is cleansing.  The truth is that no diet is cleansing.  A fruit based diet simply provides the body with fewer impediments to cleansing than any other.  The body does the cleansing, and no matter what one is eating, the majority of our energy goes into processing food, leaving relatively little energy for serious cleansing or healing.  What happens is usually just the tip of the iceberg.  This is why a properly-conducted, long-enough water fast is many, many, many times more powerful than eating the best diet (or doing anything else) in terms of cleansing.  And the more one eats, the less cleansing the body is able to do, so all of those folks trying to get as many calories as possible in are getting far less cleansing benefit than they would if they were listening to their body.

I’ve had many long term raw foodists, even when eating very simply have huge cleanses.  One woman, after more than 10 years on simple lfrv was shocked at what happened for her in three weeks of fasting.  Another guy here earlier this year had been raw since he heard me speak 12 years ago and finally came to fast.  All this time he’d been thinking that because he was raw, he didn’t need to fast.  I finally convinced him to come, and after about 10 days, his body started to eliminate photographic developer.  He was really surprised, and so I said, “But you’re a photographer.  That’s not really so surprising.”  Then he told me that he hadn’t developed his own pictures in over 40 years.  Hadn’t touched the stuff!

I will unconditionally guarantee you that fasting for 21 days or more would be the single most powerful thing that you’ve ever done.  And I’d be willing to bet too, that like most people, despite your excellent diet, you aren’t even close to being properly hydrated.  In five years, and over 1000 people measured, less than 10 have been even close. and all but one had done long fasts with me and than followed my recommendations afterward.

It’s true that some of the people who have transitioned while fasting were probably going to transition anyway, but this is certainly not always the case.  Often people who don’t really have the experience are not properly interpreting the signs.

Not eating for several weeks is a serious thing and not something to mess around with.  And this is not really something one wants so learn by just doing it.  Usually it makes far more sense and endangers fewer people to learn at the elbow of someone who really has the experience and expertise.”

I really appreciate your sharing and allowing me to spread your words to my readers.

Even as I broke the fast I felt and knew a longer fast would be in my future, when and exactly for how long?

Its for another moment, perfection in the process 🙂 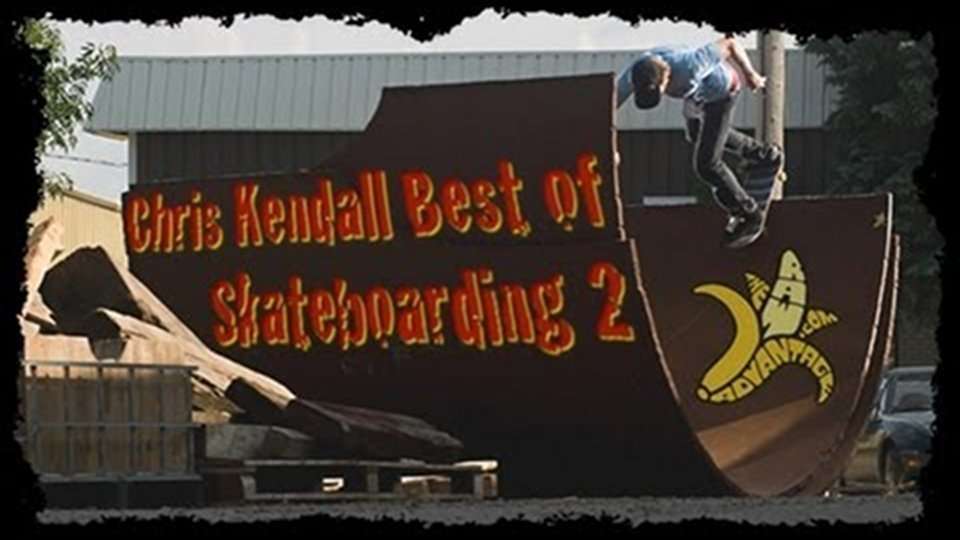 Getting Frickin’ Rawsome in Victoria 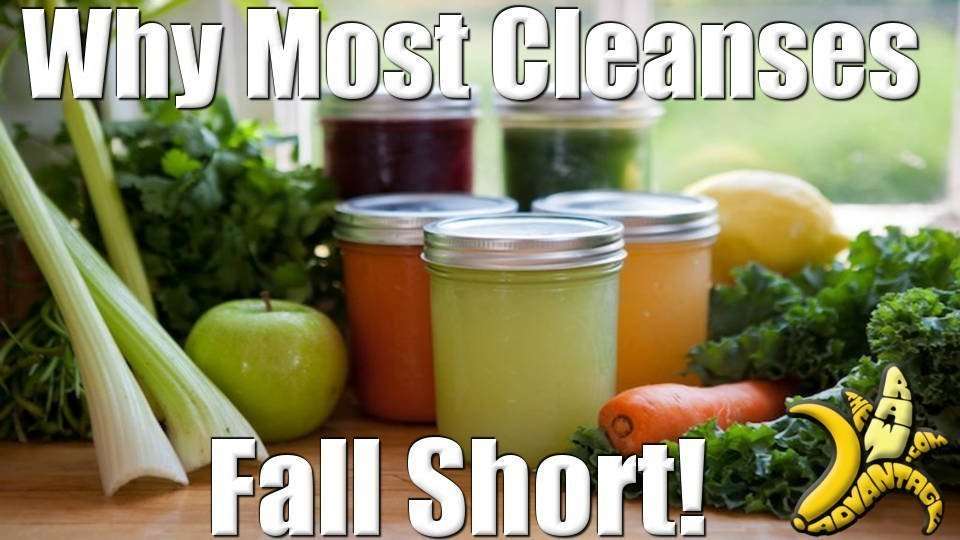 Detox | Why Most Cleanses Fall Short