Canada’s New 2019 Food Guide is Out and Stirs Debate, from Meat and Dairy Industry… 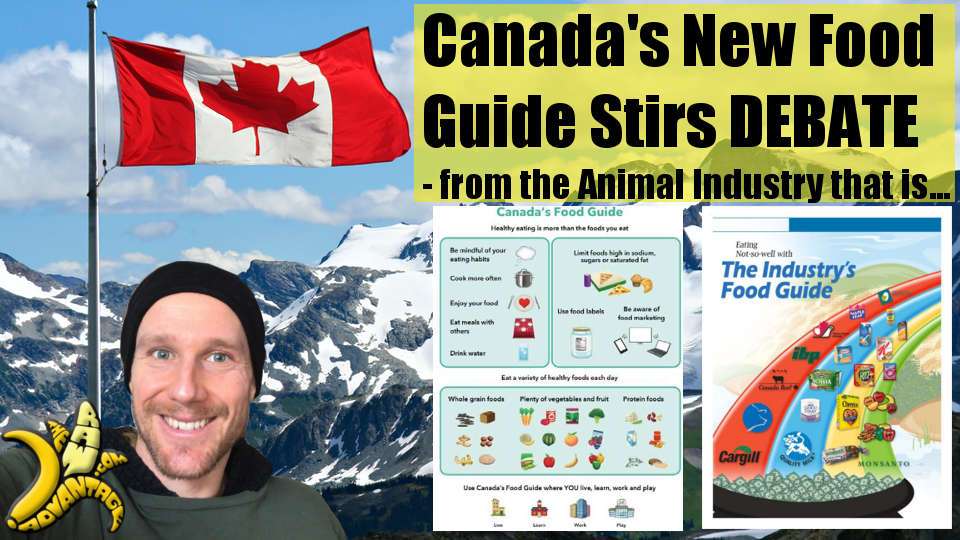 Canada’s new updated Food Guide recently came out and is causing a huge debate, with the meat and dairy industry that is.

In this video I weigh in with my thoughts and hopes for the future.

Canada’s new food guide is out and it is promoting more plant based foods than ever before, even in front of animal based foods and the Meat and dairy industry are up in arms.

If you haven’t heard about Canada’s Food Guide, it is essentially the same as USDA’s Food Guide, previously known as the “Food Pyramid”, but in turn for Canada. Although I would contend that this new guide is not perfect, we could rightfully say that it’s a miracle that it got published.
I for one am overjoyed by the revisions and direction it is going, and leading Canadians!
Some Key Points:
Dairy products have been downgraded, they no longer are a group of their own but are now included in the “protein” category. Furthermore it’s no longer a specific recommendation to consume these products. There is a definite recommendation to consume plant protein rather than animal protein. No industry leaders, special interest groups tied with industry, nor industry studies were allowed at the round table of discussion leading up to the new guide. The new guide recommends people to avoid processed foods, and foods high in sodium, sugar and saturated fats. The recommendation is to fill half of the plate, visually, with fruits and vegetables, 1/4 with “protein foods” favoring plant proteins, and 1/4 of the plate with whole grains.
The most extraordinary aspect of the guide is its overt promotion of a plant-based diet, and the downgrade of dairy products from an essential part of our diet to a non-essential “protein food.” Canada has a large dairy industry that spends a lot of money trying to convince the public that their products are healthy and essential. This new guide is a massive blow to the meat and dairy industry! Truly the incredible thing is that they weren’t able to influence Health Canada, as they’ve done in the past creating a inflated focus and importance on animal based foods.
With this new guide coming out I am betting we will see a onslaught of new industry based studies, misinformation campaigns and fake news to try to counter balance this huge win for plant based eating. The writing is on the wall, the largest body of evidence as well as the largest, longest studies ever done on human health and nutrition point to plant based diets being not only incredibly healthy but also the only dietary approach scientifically proven to reverse and prevent many of today’s chronic diseases. As a long term vegan I am really proud to see Canada stepping up like this as its of HUGE benefit to our economy, environment, human and animal welfare / health as well as very a conscious and compassionate step for us to take as a country.
Where can we go from here?
While I think this is a huge leap forward for Canada, our nutrition, and the environment, there are some improvements that could be made. Some of the recommendations are pretty general and could use more of a education along side them, for example; explaining what kinds of fats are the best for us, in what ratios and why. I would also like to see some basic tenants of food combining, even as simple as eating fruit on a empty stomach or with greens, as opposed for dessert. The guide tells us to avoid foods high in sodium or saturated fats but for most people, “saturated fats” does not mean much. It could instead be stated that we are best to avoid animal products and plant foods rich in saturated fats, such as coconut and palm oil. The word “processed food” is also used, when it should be more obvious what those are, for example, oils could be identified as the heavily processed foods they are. It could also be clear which foods are high in sodium, such as bread, bakeries, and pretty much anything that is served in a restaurant or sold in a box. And of course, I would personally not include dairy products (and other types of animal products) at all in the category of “foods to eat” and instead put them in a separate category of “foods to avoid or to consume as little as possible.”
Again all in all I am over joyed by this new food guide and think it will shake the average persons view of what is healthy. I am also sure more plant based studies will come out, more documentaries and examples of people thriving on plant based, vegan and raw vegan diets. If you haven’t watched “Forks Over Knives”, “Cowspiracy” or “Earthlings” (the last being quite graphic and shocking) I highly reccomend you check them out. Most can be found on YouTube, Netflix or streaming elsewhere.
My personal hope for the future is to see the subsidies for the animal based meat and dairy industry shifted over to organic fruit and vegetable farms. One of the main complaints around this recommended shift to more plant based foods are too expensive, which is truly a misunderstanding. Rice, beans, many fresh / frozen veggies and fruit are much less expensive than many animal based products both in the short term as well as in the long term when health, disease prevention, the environment, and animal welfare is considered. Taking it a step further, the only reason some animal based foods are as inexpensive as they are is because of these large subsidies, if those disappeared meat and dairy products would be as much as 10 times + the cost! This in turn is a double whammy when we consider that we are paying these subsidies in tax dollars, which in turn cost us more tax dollars for the surgeries, pharmaceuticals and other health care costs associated with eating such foods. If instead the subsidies and intensives went toward farmers and clean technology to grow organic fruit and vegetables, their cost would go so low that they would almost seem free and all other aspects of health care would go down in turn.
There we see the issue, meat dairy and big pharma may be exposed more than ever but they are essentially on the ropes and will not go down without a “fight”

Here is the revised Canada Food Guide for 2019 As well as the New Recommendations 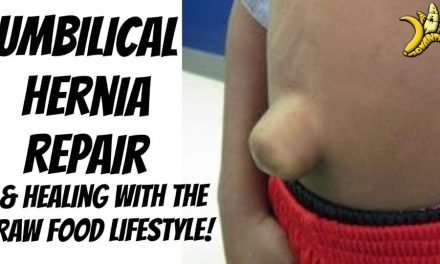 Umbilical Hernia Repair and Healing with a Raw food Lifestyle 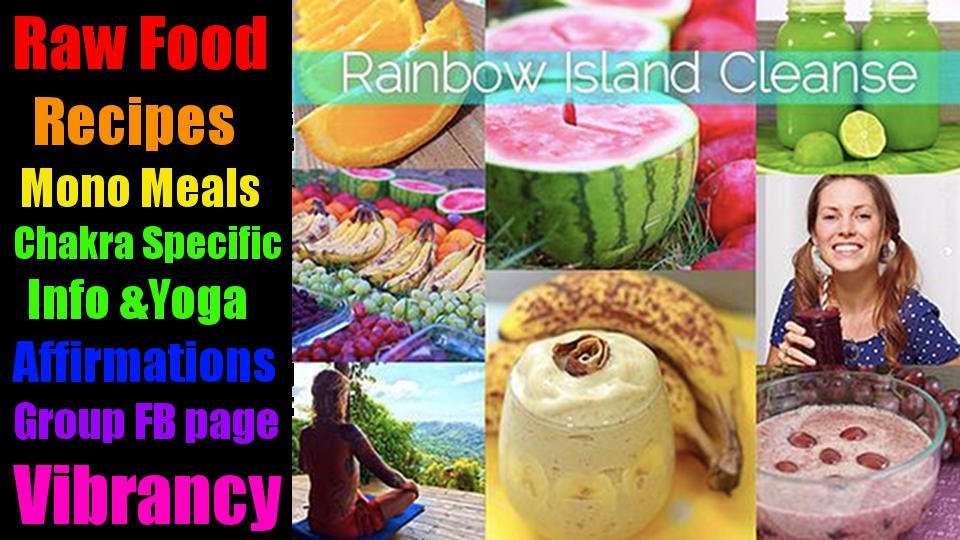 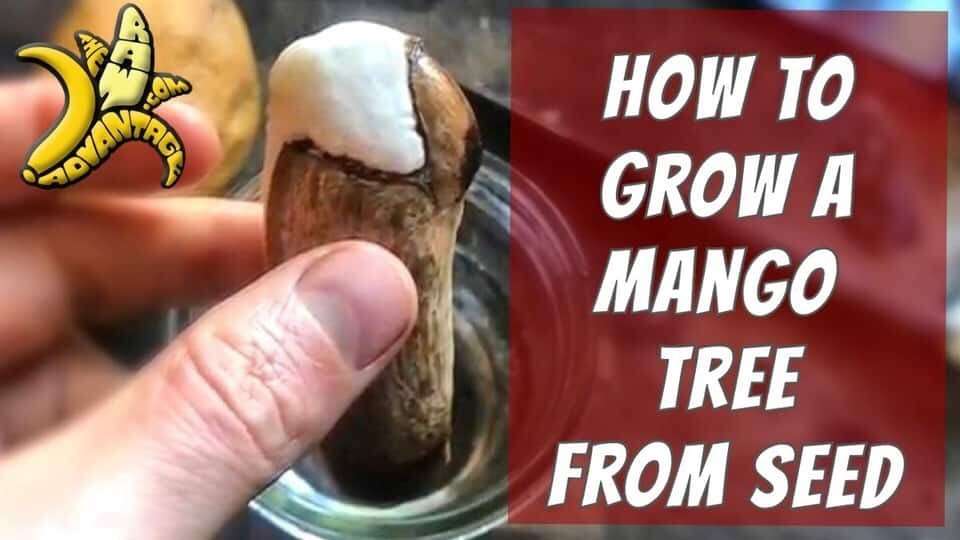 How to Grow a Mango Tree from Seed Indoors

How to Skip the Flu