I wanted to share with you this cool email I received from Robert in Estonia:

“Thought it would be fun for you to see your t-shirt on a full-page of a popular Estonian magazine, “Family and Home,” from last month. It’s a story about my son who a year and a half ago at 15 yrs old decided to go fully plant-based, and got me to follow shortly thereafter. Not many plant-based folks here so this always stirs up discussion and emotions. It’s a positive article (except for one sidebar where an old-school “nutritionist” says that a vegetarian diet has low quality protein that can’t be digested and will halt growth and development in children. LOL!!) and we have gotten some good feedback. Jakob is going strong and doing extremely well on it (me, too!), eating as much fruit as possible and also lots and lots of potatoes, brown rice, quinoa, etc. He hopes to somehow make it to Woodstock next summer. In the picture he had just made a banana-date-wild blueberry and stinging nettle blend. Awesome!

Thank you for your cool products and inspiration.” 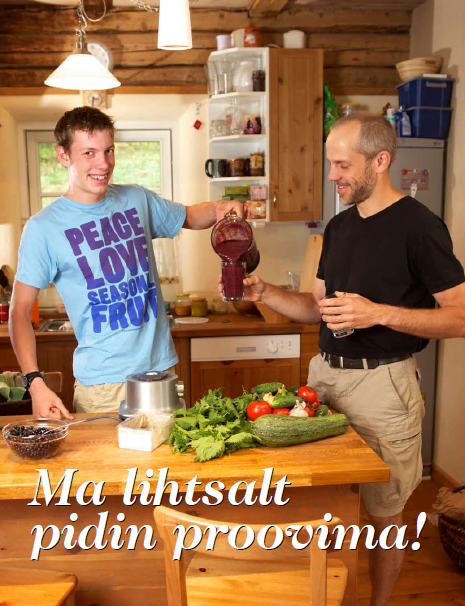 If by chance you are fluent in Estonian, you can read the full article HERE.

I, however, am not so I asked Robert a little more about how it all came about and he shared this:

“A journalist from this magazine posted a message in facebook looking for stories where a teenager had declared to his or her parents that he/she was no longer eating meat. As it’s an issue that can ofter cause distress, confusion and conflict in a family (so some say), I guess they were looking to discuss it from that angle. I wrote how my son, Jakob, at 15 went straight-up high-carb low-fat vegan and was thriving (ok, so I actually said he cut out animal products ;)). And that within a month of his change he convinced me to make the shift as well. We have been going strong since, and though we haven’t gotten the whole family on board, we are doing well and supporting each other. Jakob just won a series of cross-country running races and is really fit and strong, and since going high-carb plant-based I have been training and running all distances, and ran my first full marathon this fall. Feeling as good as when I finished high school 25 yrs ago (and I never would have run a marathon then)!”

The whole thing just makes me so excited – not just to see my shirts in a magazine in Estonia (which is pretty frickin’ cool!) but that these healthy choices are manifesting such awesome results!  Keep rockin’ it guys! 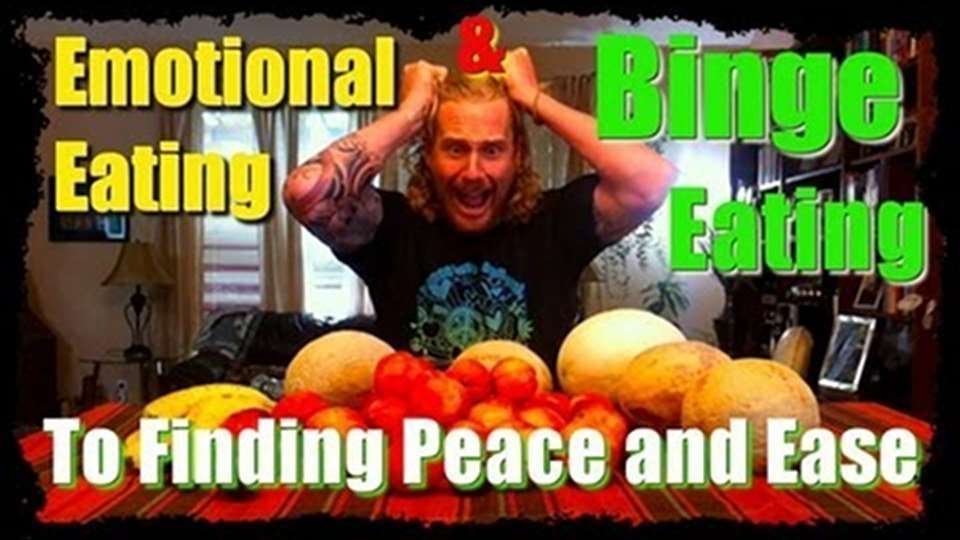 Got Milk, you don’t need it, how about, Got Fruit?