Sea Salt, Is it Good For You? 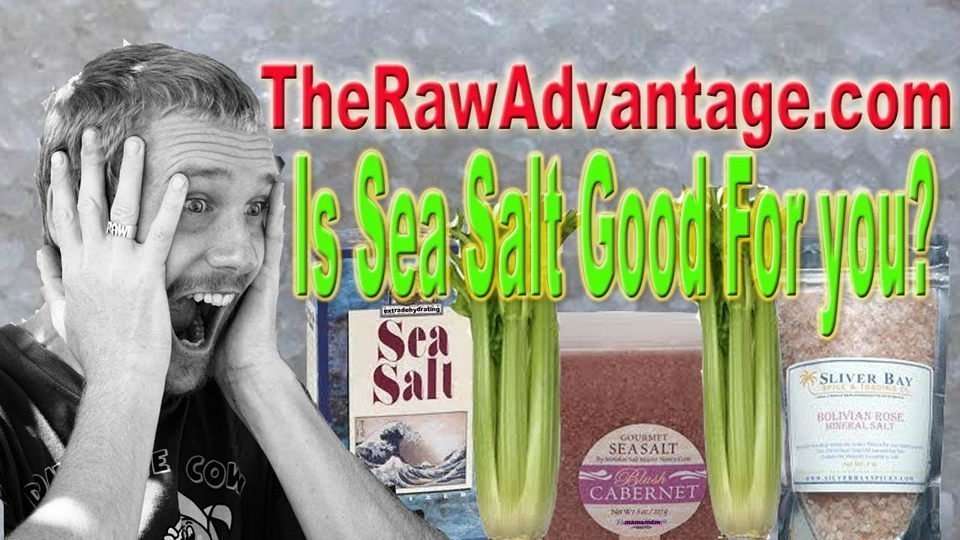 Today we Get into Salt, a fun subject filled with many opinions, many sales tactics, a long history and all with good reason being “exciting” or rather “Stimulating” to say the Least!

I hope you love the video and enjoy the Written Post too! 🙂

Well well well Growing up Salt is looked at and called “the Spice of Life”, we should “Take all with a Grain of Salt”, its been revered and deemed of great value for Literal Ages! When we look at the properties, effects and supposed benefits of salt its no wonder why its played such a large role in our history. From the many varieties of “sea Salt” to Mined “rock salts” all of different character and color Salt has been Used to Preserve, Pickle, Dry, and Stimulate the taste buds!

When you really think about it Before we started Tilling the earth and digging up Tubers, Harvesting Grains and cooking our food (less than 1% of our time on the Planet) we Have been eating whole fresh ripe raw foods that didn’t really require anything to “pep” them up! Eating seasonally from the abundance nature has to offer in our ideal habitat the need to Store, preserve, Pickle is basically Nil. Moving outside of our natural environment has in part caused us to degrade over to a Comparatively Bland Diet made up of Cooked Starches and Meats, adding Salt makes that otherwise relatively Bland food Taste good!

The Hook is The more Salt you use the more Hooked you become to using it. The processed food industry uses this to their advantage, more so in the past before people knew the dangers of a High salt diet. Most processed foods are high in some form of salt and some form of Sugar, usually the cheapest one that the public accepts. The nature of these foods is to stimulate while under delivering on Nutrients, creating a “need” to eat more and more and more.

I feel we have stepped away from the original question posed, Is Sea Salt Good for you? Most people Know Iodized Salt isn’t so healthful, in fact most people today understand that ingesting Salt can can deeply impact almost all biochemical pathways in your body. When most people talk about salt they are thinking of Sodium Chloride, the principal component of common table salt. Sodium chloride, NaCl, and water, H2O, are formed by neutralization of sodium hydroxide, NaOH, a base, with hydrogen chloride, HCl, an acid: HCl+NaOH?NaCl+H2O. Sea salt is not so different, obtained by the evaporation of seawater or Mined from Old Sea beds and Caves (rock Salt). Its mineral content gives it a different taste and slightly different chemical composition from table salt. The additional minerals include Sulfate, Magnesium, Potassium and Calcium among other trace minerals.

The Minerals I eat Salt for the Minerals!! This is often the Call made to convince people to eat Sea Salt. Despite the Known Dangers of a High Salt/sodium diet (listed below) the minute Mineral Content of Sea Salt is Driven in as a really good reason to eat this Otherwise Toxic stimulant. I find it strange that we would eat a known poison to get a small amount of minerals when Perfectly healthful whole foods contain the minerals we need in abundance! Chew a few more greens and rejoice in eating the Highest Mineral Content Food Per Calorie on the Planet!!!

Lets look at those Minerals anyhow

Inorganic minerals as found in all types of Sea and Rock salt were never living, they come without carbon and cannot bring life to cells. The body treats these metals like toxins that must be eliminated at cost of vitality and cellular health. The Covalent Bonds are tightly held together and thus they cannot be easily broken down, due to this they can become deposited in the joints and tissues if they are not eliminated. Contrary to the electrons in the human body their electrons spin counter-clockwise, out of sync.

Organic minerals were once living, or are living and can bring life to cells. These contain carbon, often carbohydrate and their electrons spin clockwise, just like those of the human body. Additionally, these cells can form an ionic bond with the body and can easily break down into materials to help with bodily function, such as tissue repair. Its interesting to note the vibratory rate of organic minerals is comparable to tissue and cells. Inorganic minerals are not.

An example of this is arsenic. Arsenic in the chemical, metal or inorganic state can be a lethal poison, however, when found in organic form in fresh celery and asparagus it is Healthful.

Rock Minerals are indeed healthful for plants, that is in the growing and creation of healthful plants and the Fruits there of! I would encourage the use of Rock dust and such as a option for a great mineral rich garden! With the help of Bacteria around the root hairs of plants, Inorganic minerals are converted into Organic minerals (mineral + carbon ) that can become a part of the cell structure of plants including Carbohydrates.

Beyond this scientific look into the validity of Sea Salt and the Minerals there in,

For one, if you are dying of thirst and you drink sea water, you will Die! Why is this? Because salt is extremely dehydrating. It sucks the moisture out of your tissues to try to create a balance between the sodium and potassium inside and outside of your cells, immediately you are thirsty and must drink water in order to regulate the Hydration levels within and outside of your cells. The bodies solution to pollution is Dilution, have some salt and you will need dilute it quick.

Pour salt on a cut, or a slug, actually don’t, we all know what happens, it burns in the case of the hand and kills the slug. What does it do to your insides? Used for pickling and preserving food, does that make sense to take into our temple? The Samurai used to commit suicide by ingesting a ounce of salt, thats all it took. These days because of our average salt consumption it may take up to 2 ounces.

Some people say, we have been using it for a long long time, its revered and thought to be sacred in some cultures. So have Drugs,Violence, cruel rituals and prostitution, just because something has been used by cultures for a long time or is seen as sacred doesn’t necessarily mean its a great thing. Using common sense looking from as many angles as possible while paying attention to Natures design works every time!

Taking some time away from eating salt one can easily notice the negative effects of eating even a minute amount of sea salt. Immediate dehydration, physiological stimulation and a want to use more, dull senses and reduced ability to taste subtler flavors and as you can see in the video A puffy bloated look due to the body sucking up water to dilute the salt. For a time after consuming overt salt (sea salt, sauces with salt, table salt) the body will shed sodium in sweat in a increased rate to get this substance out as much and fast as possible.

How much sodium and how much minerals do we need?

Enough, thats it!! How much is Enough?

That which we can easily get from whole fresh ripe raw organic fruits and vegetables. After 8 years on a raw food diet without Salt I am more than sure of this, My Doctor after 3 consecutive years of Blood tests, reviewing my mineral levels, vitamin levels, Protein levels, Fat levels, etc is sure of this. The ultra endurance athletes I know are more than sure of this and not worries about sodium even with their near inhuman feats!! I will soon be releasing my Interviews with DurianRider and Grant Campbell, two amazing Endurance and Ultra endurance athletes pushing the limits! They will share their gems of Knowledge on this subject and many more!

Common sense and nature bring us back to the simple truths.

The Following are the 7 major medical conditions that can arise from the over-consumption of sodium. Its interesting to note that they are common with the mainstream using salt or sea salt but unheard of in raw foodists obtaining their Sodium in organic form from Whole fresh raw ripe plant foods.

Excerpt from 3fatchicks.com
“1. High Blood Pressure – The number one medical consequence of high salt intake is hypertension. High intake of salt causes water retention and promotes abnormal influx of water molecules into your blood vessels. This action instantaneously increases your blood volume and blood pressure. Sudden rises of blood pressure can trigger life threatening cardiovascular emergencies like strokes and heart attacks. Reducing your sodium intake through diet can lower your blood pressure by as much as 25%.

2. Ventricular Hypertrophy and Heart Failure – A habit of eating salty food can also heighten your risk of non-blood pressure related heart diseases. Having higher than normal blood volume means that your heart has to work much harder to provide proper circulation. Over time, your heart can become abnormally large and your heart valves can become thinner. An enlarged heart is significantly weaker and can lead to symptoms like chest pains, breathlessness and chronic fatigue. Fatal cases like sudden cardiac arrest and heart failure can also occur.

3. Osteoporosis- Sodium inhibits your body’s absorption and utilization of calcium, leading to a loss of bone mass and increased porousness of your bones. Women after menopause, diabetics and elderly people who are already at high risk of osteoporosis should be especially careful about salt intake. Having a high salt diet can drastically heighten your chances for fractures and other skeletal deformations.

4. Kidney Disorders – Excess calcium and sodium that are not used by your body goes into your urine. This can increase the filtration load of your kidneys and increase the likelihood of crystal formation. Elevated blood pressure and blood volume are also extremely damaging to your kidneys.

5. Dehydration and Swelling – Feeling thirsty is a direct response after having salty food. This happens because excessive sodium in your blood draws water out of your cells and into your tissues. Dehydrated cells signal your brain for water. Having fluid filled tissue makes you look bloated and swollen, and these symptoms are especially severe in the lower parts of your body. Reducing your salt intake is an effective way of preventing swollen feet, ankles and calves.

6. Digestive Diseases – Sodium regulates the acid-base balance of blood and body fluids. Too much salt can trigger acid reflux and cause heart burn and long-term damage to your upper digestive tract. Studies have shown that habitual intake of salty foods is a strong risk factor for duodenal and gastric ulcers and cancers.

7. Electrolyte and Hormone Imbalance – Excessive sodium can impact both your electrolyte and hormone balance. Too much sodium can severely hinder the conduction of nerve impulses and induce symptoms like dizziness, muscle cramps and shakiness. You can also have impaired sensory response, feel disoriented or develop other depressive symptoms.”

I hope you really enjoyed this post and video, Ill admit writing it was a bit intense my computer crashed right in the middle without saving, apologies if its a bit sloppy in parts I do feel the first version was better!! ikes!! 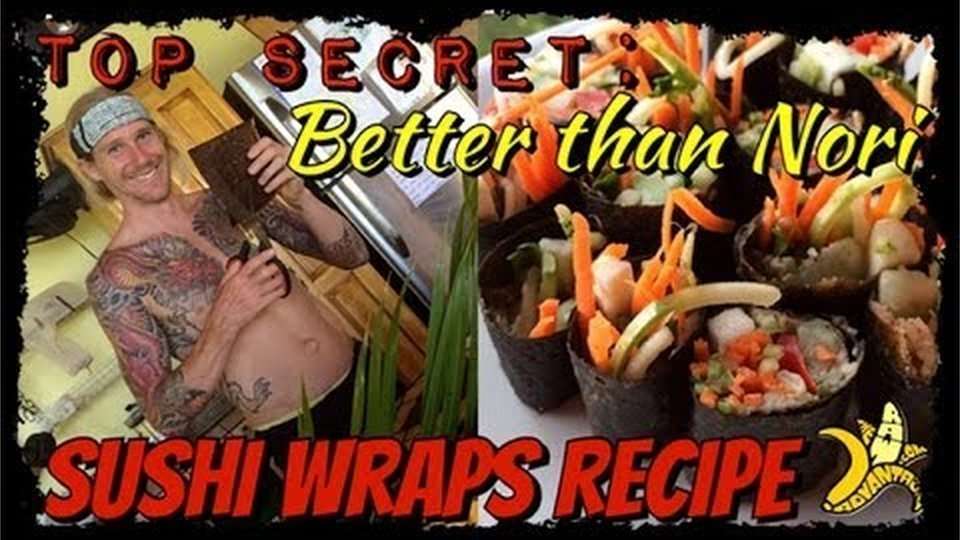 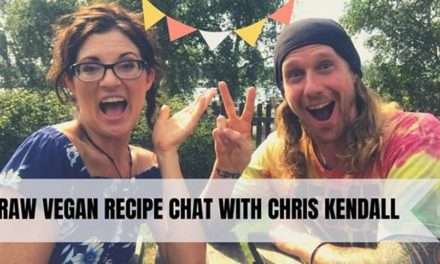 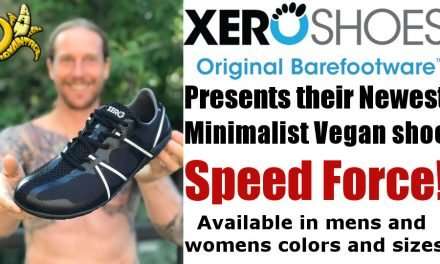 Secrets on Preventing, Halting and even Reversing Cancer